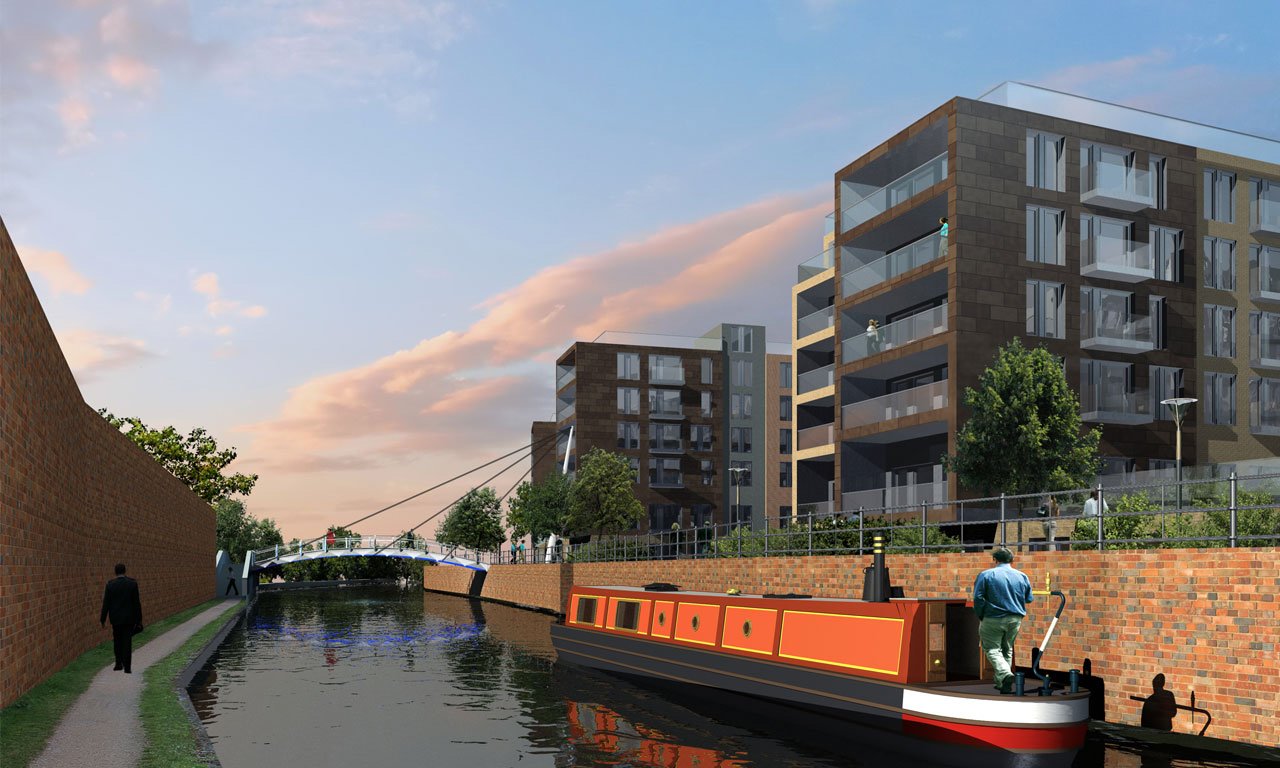 A multi-million pound development of hundreds of homes near Birmingham city centre has taken a step closer to becoming reality after Apsley House Capital and Galliard Homes announced they have acquired a 12-acre regeneration site.

The two companies have bought the Soho Loop site near City Hospital from City and Provincial Properties for an undisclosed sum in a joint venture and plan to transform it into an exciting new canal-side community. The joint venture teamed up with Claremont Property Group to purchase the site.

Just minutes from Brindleyplace and next to the increasingly popular Jewellery Quarter, Soho Loop sits alongside the Main Line canal. Birmingham City Council has already given planning consent for 500 homes. The current consent allows for the development of six key plots, with three fronting Dudley Road.

Apsley House Capital intends to submit an application for revised planning consent to create up to 800 homes and extend the city core in a green, garden-style environment.

Vacant and derelict buildings will make way for a variety of energy efficient homes that will help to address the city’s housing shortage. The plans include a mix of homes accessible to the new urban generation.

He said: “We are really excited about the Soho Loop development. It is going to transform what is a neglected and derelict area of Birmingham into a canal-side quarter of high quality homes with character in a green pocket. It has the added attraction of being just a few minutes’ walk or cycle from all that Birmingham has to offer in terms of entertainment and employment.

“It is an ambitious project which will deliver well-managed good quality housing. We see it as an innovative response to today’s changing needs in accommodation. We also believe it could assist with the retention of graduates and key workers in Birmingham whilst supporting the inward investment decisions of key employers in the region.”

Soho Loop sits next to Icknield Port Loop and features in the Greater Icknield Masterplan, part of the Birmingham Development Plan, which has outlined plans for 3,000 new homes and 1,000 new jobs in the area. The project will bring a site that has been redundant for many years back into productive use.

The site has been part of Birmingham’s manufacturing history. In 1788 the first canal-based glassworks in the city was built on the site as the Park Glasshouse and continued in production for about a century. In 1896 the site was redeveloped as the German Silver Works.  German Silver was an alloy of copper, nickel and zinc and was widely used in the jewellery and flatware trades for which Birmingham became famous.

Manjit Deol, founder of Claremont Property Group, said: “The Soho Loop development will bring new life back to what was once a densely occupied industrial hub.  The canal frontages provide an attractive residential environment, just over a mile from the city centre which is easily reached along the tow paths on foot or bicycle.”

Apsley House Capital’s investment in the Soho Loop site is the latest development it has announced for Birmingham city centre. It recently announced it had acquired a sought-after site in Birmingham’s Southside district where, along with Galliard, it will deliver a development of 385 apartments. The development, currently under planning, was recently named after its historic use – The Timber Yard.

Robin added: “We have identified Birmingham as a key city in Europe for further investment. We really believe it has an enormous amount to offer both now and in the future with the arrival of major projects such as the new HSBC headquarters, the Paradise development and the start of work on HS2. Birmingham is calling.”