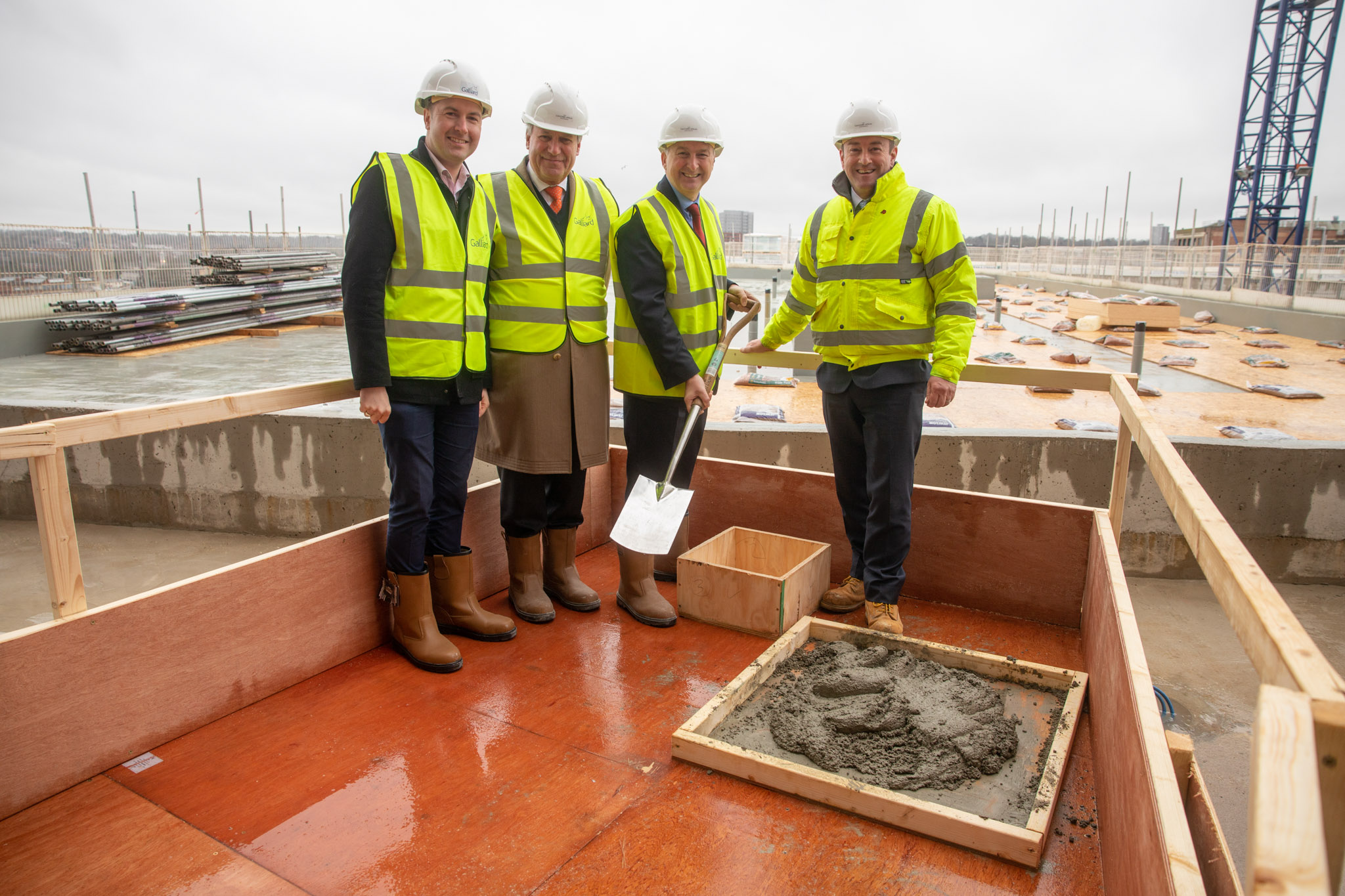 Timber Yard reaches another milestone as it is topped out

The scheme, which comprises 379 studio, one, two and three bedroom apartments, plus ground floor commercial space, has officially topped-out, just one year after construction started.

Cllr Ian Ward said: “The topping out of the exciting Timber Yard development represents another important step in the re-emergence of Birmingham’s Southside and in our efforts to provide homes for Birmingham’s young and growing population.

“We need 51,000 new homes in Birmingham by 2031 and I’m determined that the city council will continue to play a major role in meeting that housing challenge. But we also need committed partners on this journey and, by forging successful partnerships with developers, such as Galliard Homes and Apsley House Capital, we are helping to deliver the new homes the city so desperately needs.”

Timber Yard is the first development in Birmingham by joint venture partners Galliard Homes and Apsley House Capital. Located on Pershore Street, in the heart of Southside’s Chines and Gay Quarters, in addition to the spacious apartments the development includes a range of on-site amenities, including a concierge service, gym, screening room, residents’ club lounge and undercroft parking.

Don O’Sullivan, chief executive of Galliard Homes, said: “Timber Yard typifies the high standard and quality of Galliard Homes’ residential developments and will be an exemplar for our other schemes in the city.

“Galliard has been building new homes in London for almost 30 years and we hope Timber Yard will be the start of a long and successful relationship between ourselves, our partners and Birmingham in the years to come.”

Gerard Nock, chairman of Apsley House Capital, said: “This is the first development we are building in partnership with Galliard Homes and we’re pleased with how well it has been received by buyers.

“With a development pipeline of some 3,000 new homes, we are committed to helping the council deliver the housing the city so desperately requires, while also helping to create and shape new communities through positive urban regeneration.”

The joint venture between Galliard Homes and Apsley House Capital was formed in 2016 with the aim of acquiring brownfield sites in the West Midlands to provide quality mixed-use schemes. The partnership has already amassed a sizeable portfolio, with five sites in
Birmingham, with a gross development value in excess of £500 million.

Other sites include Belgrave Middleway and B1 Summer Hill Way.

Timber Yard is scheduled for completion in 2021. Prices for the final phase of apartments start from £194,995. For further sales information please visit the Galliard Homes website or call 0121 227 7071