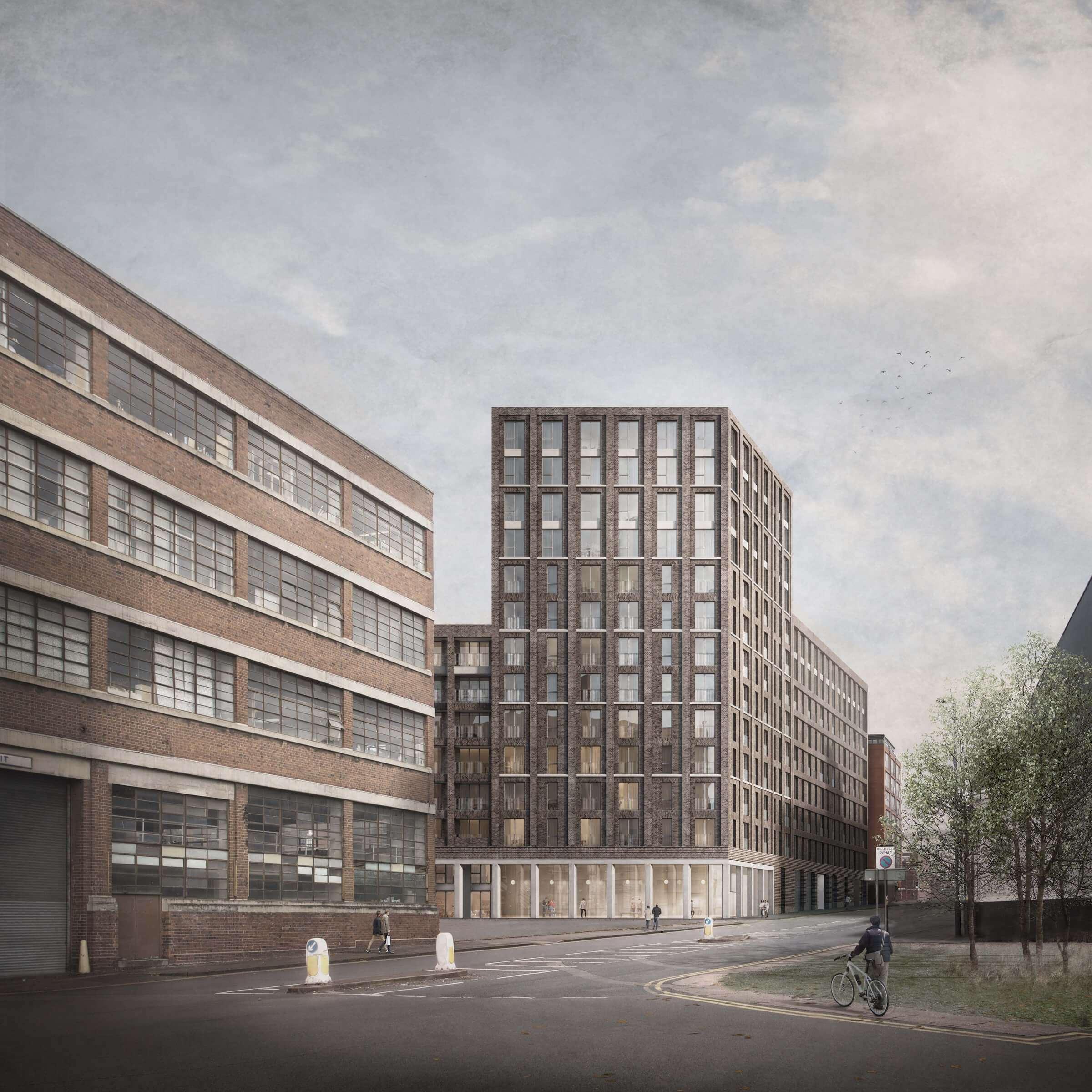 Birmingham, England – Pershore Street Ltd, a joint venture partnership between Galliard Homes and Apsley House Capital, has submitted plans to develop the Pershore Street car park site within the Gooch Street Estate in Birmingham city centre. Pershore Street is yet another substantial acquisition by the pair in Birmingham, whose investment in the UK’s second city now stands at over £500 million Gross Development Value.

The development, designed by Claridge Architects, will also include a large landscaped courtyard garden for residents, concierge service, sheltered bicycle storage and access to landscaped pocket parks. Called The Timber Yard in tribute to its historical use, the development aims to complement and enhance the area’s character.

Robin Norstorm, director of Apsley House Capital, said: “The Timber Yard development promises to revitalise this area of the city centre, bringing high quality residential units for young professionals in what will be an exceptional development. We’re very much looking forward to delivering this new scheme as part of our growing Birmingham portfolio.”

Stephen Conway, Executive Chairman, Galliard Homes, said: “We’re pleased to be entering into a further joint venture scheme in Birmingham with Apsley House Capital. At Galliard Homes we’ve been passionate about trying to get young professionals on the property ladder for over 25 years, and we’re pleased to be continuing our work in Birmingham. The city offers great growth potential and has a lively cultural scene that we will promote and instill in our developments. The Timber Yard will be no exception. This mixed use scheme will feature Galliard Homes’ signature design aesthetic plus offer a new quality of build to the Birmingham market, at great value prices.”

Charles Gillett, of Pennycuick Collins, adviser to the Gooch Estate, which retains its freehold interest in the site, said: “The Gooch Estate is hugely excited by the proposed scheme in the heart of Southside. It will add much-needed high quality living space and more life and vibrancy to the area’s streets.”

Will Jordan, partner, Knight Frank Birmingham, commented: “These are really exciting times for the area of the city, which is constantly evolving. Being so well located to New Street, Arena Central and Paradise, and with the huge potential of Smithfield, it will transform the landscape even further.”

The Gooch family, who owned the estate, started to develop the area in the late 18th century. The first 99-year lease agreements for the newly built properties on Lower Hurst Street date from 1834. The area evolved into a dense mix of three-storey shops and factories, including a timber and scrap metal yard, as well as plywood and aluminium works. By 1970 most of the shops and factories had been demolished and car parking had been introduced.

The 0.65 hectare site is in Southside, which is less than a 10-minute walk from New Street train station and Grand Central, positioned next door to the forthcoming £500 million Birmingham Smithfield development. The Timber Yard site is also within a 15-minute walk of Arena Central, where HSBC is opening its new ring-fenced banking headquarters, and the £700 million Paradise regeneration, which will deliver 1.8 million sq ft of mixed use space, with professional services organisation PwC being the anchor tenant.